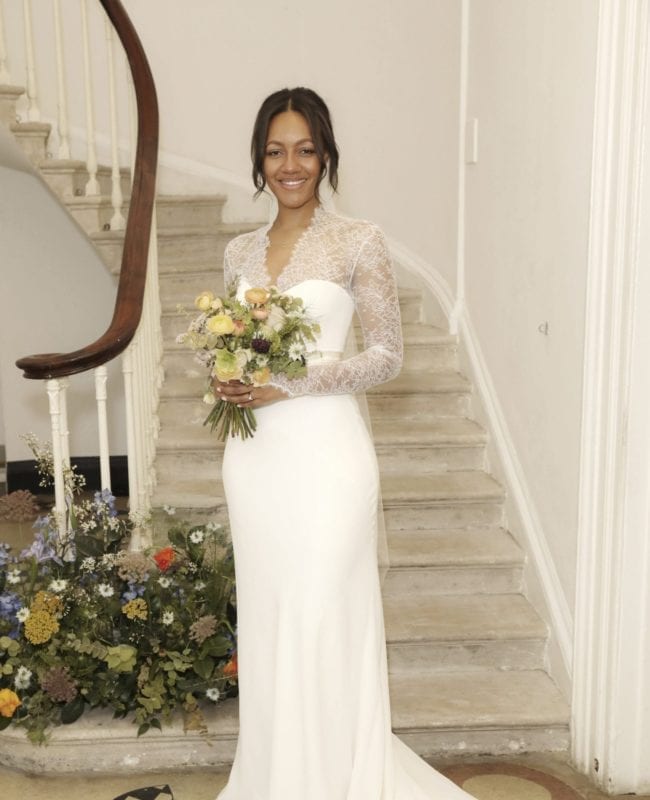 We worked with Alice to create her late fathers’ vision for her wedding dress, as a celebrated designer and tailor it was an honour for us to create his vision. Alice’s story was featured in the August edition of British Vogue:

“Thankfully, my sister-in-law, Sophie, suggested getting in touch with Andrea Hawkes Bridal, the brilliant team who had created her wedding dress. Despite it being just before Christmas, a few days later, my mother and I met Andrea at her studio in Islington. We discussed my father’s design, getting excited about fabrics and cuts. It was apparent the care and commitment that Andrea and her team would bring to this particularly sensitive project, and we mapped out a schedule for fittings, visits to lace suppliers and toile appointments for the coming months.

Andrea and her team lovingly laboured over every detail, sourcing the type of French lace my father and I had envisaged, expertly cutting the skirt and train on the bias in two layers, with a diaphanous silk georgette over a marocain that hugged my body in the most flattering way. More than 40 covered buttons were masterfully sewn down the back and on the cuffs of the sleeve, with rouleau loops adding drama to the otherwise beautifully simple dress.”